This online store uses cookies. By using the Store, you consent to the Administrator's use of cookies to ensure convenience while browsing our store and for statistical purposes. Cookie settings can be changed at any time using your browser settings. For more information on this topic, please read our Privacy Policy

I understand and agree

Diabetes occurs when the sugar (glucose) level in the blood is too high. This happens when the body is not burning up carbohydrates properly due to a defect in the pancreas, the gland that produces insulin. Insulin is the hormone which keeps blood sugar levels within the normal healthy range. Diabetes may be present either when no insulin is made or when insulin is made but not working properly.

In Ireland, it is estimated that there are 200,000 people with diabetes with many unaware. The majority of these people will only be diagnosed through an acute medical event of the complications of long term untreated hyperglycaemia. A further 200,000 people have impaired glucose tolerance or "pre-diabetes" of which 40% will develop diabetes in the next 5 years if lifestyle changes are not made.

What are the symptoms?

The main symptoms of diabetes are:

Symptoms of type 1 diabetes can develop quickly, over weeks or even days. 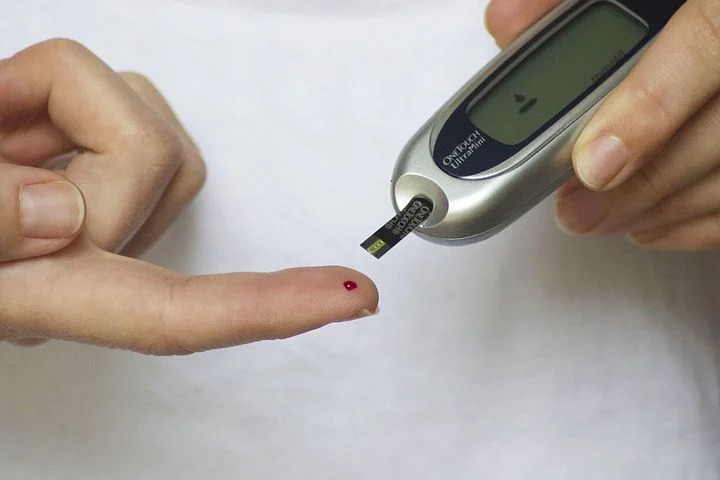 How does diabetes occur?

Normally, the amount of sugar in the blood is controlled by a hormone called insulin, which is produced by the pancreas. The pancreas is a gland behind the stomach. When food is digested and enters your bloodstream, insulin moves any glucose out of the blood and into cells, where it is broken down to produce energy.

However, in people with diabetes, the body is unable to break down glucose into energy. This is because there is either not enough insulin to move the glucose, or because the insulin that is there does not work properly.

What is type 1 diabetes?

Type 1 diabetes occurs when the body produces no insulin. It is often referred to as insulin-dependent diabetes. It is also sometimes known as juvenile diabetes or early-onset diabetes because it usually develops before the age of 40, often during the teenage years.

If you have type 1 diabetes, you will need to take insulin injections for life. You must also make sure that your blood glucose levels stay balanced by eating a healthy diet and carrying out regular blood tests.

For more information, including causes, symptoms and treatment of type 1 diabetes.

What is type 2 diabetes?

Type 2 diabetes occurs when not enough insulin is produced by the body for it to function properly, or when the body's cells do not react to insulin. This is called insulin resistance.

Type 2 diabetes is far more common than type 1 diabetes, which occurs when the body does not produce any insulin at all. Around 90% of all adults with diabetes have type 2 diabetes.

If you have type 2 diabetes, you may be able to control your symptoms simply by eating a healthy diet and monitoring your blood glucose level. However, as type 2 diabetes is a progressive condition, you may eventually need to take medication, usually tablets or injections.

Type 2 diabetes is often associated with obesity. Obesity-related diabetes is sometimes referred to as maturity-onset diabetes because it is more common in older people.

For more information, including causes, symptoms and treatment of type 2 diabetes.

During pregnancy, some women have such high levels of glucose in their blood that their body cannot produce enough insulin to absorb it all. This is known as gestational diabetes, and it affects approximately 12% of pregnant women.

Pregnancy can also make existing type 1 diabetes worse. Gestational diabetes can increase the risk of health problems in an unborn baby, so it is important to keep the levels of glucose in your blood under control.

Once the pharmacist has completed the measurement, they will discuss the result and what it means for you. They may discuss some lifestyle changes that would help reduce your risk of developing diabetes, or they may refer you onto your GP if they think you need further tests.

Find your local Polonia Pharmacy store for more details on the services that we offer.